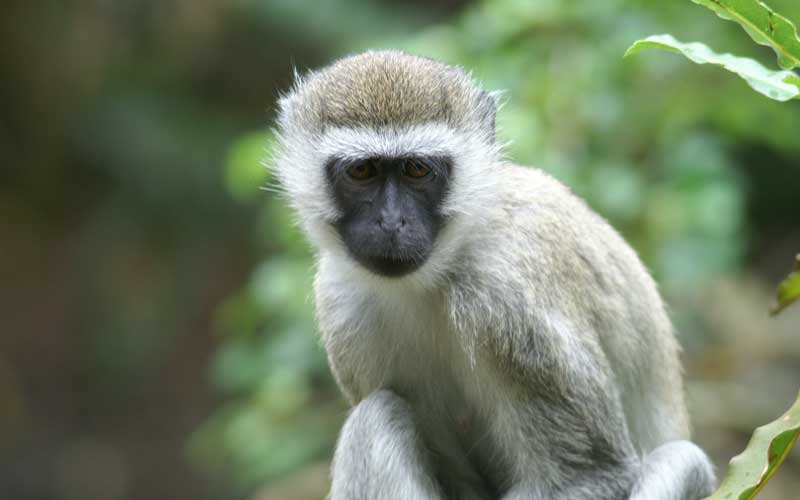 The Vervet Monkey is an Old World classification. There are 5 known subspecies that have been identified. They have a very unique appearance to them which helps them to be separated from other types of Monkeys found in the world.

A black face with white fringing is how the Vervet Monkey is identified. The rest of the body is a shade of gray. The males are typically much larger than the females. The males can be from 8 to 18 pounds with 12 pounds being the average. There are approximately 1 ½ feet long. Females weigh about 7 to 12 pounds but the average is 9 pounds. They are usually just over a foot long.

You will find the Vervet Monkey spending most of the time in the trees. However, they do go to the ground in order to find food. They are found in many areas of Africa. Ethiopia and Somalia are common areas. They aren’t found in the Western parts though. They are known to live along the savannah, the rivers, the woodlands, and even in the mountains. They do well in various terrain and they are highly adaptable. They can live in cultivated areas. 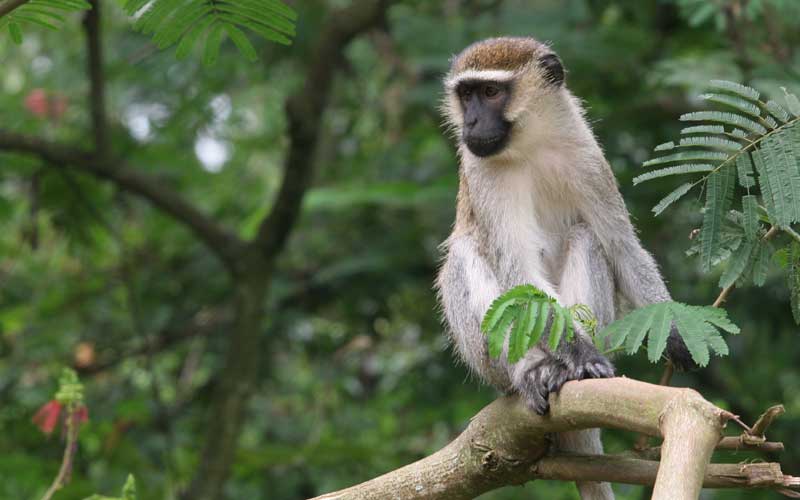 This particular type of animal is able to be active both during the day and the night. They are very social and the groups can have as many as 40 members. They have a pecking order though that helps with the overall social structure. They use a variety of calls and they young are encouraged to do them from a very young age.

The mothers though have been seen punishing their young for being playful though. For example they can give the wrong call on purpose to watch the other group members react.

There are plenty of types of foods that the Vervet Monkey will eat. They enjoy fruits, figs, leaves, and flowers. They will eat both bird eggs and young chicks that they find in nests. They will also consume insects and bugs such as grasshoppers.

In areas where humans live these Monkeys will also eat bread and various types of crops. Maize is one of the most common that they will consume. This has created some tensions between humans and the Vervet Monkey.

The Vervet Monkey is mature at about 2 ½ years of age. In the wild they tend to mate during the times when food is plentiful. In captivity there is no set mating period. It takes about 165 days from conception for the young to be born. There is typically only one baby born at a time. 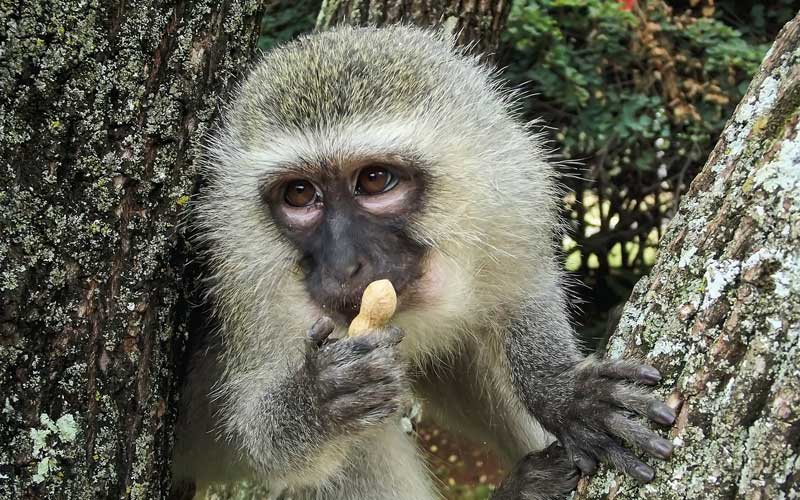 The young are well cared for and the mother won’t have another baby for a few years as long as she has one to care for. If something should happen to her baby though she will mourn the loss. She will also strive to get pregnant again to rekindle that bonding experience.

In spite of the fact that the Vervet Monkey can do well in various habitats they are continually killed by a humans. They have died due to electrical wiring that the humans have had in place. Farmers trap and kill them so that they don’t consume the products they are using.

These Monkeys are often used for bushmeat. They have also been commonly captured to be used for various types of laboratory experiments. Studies show that they have been continually dropping in numbers. Conservation efforts include finding ways for the villagers and these Monkeys to find a better balance for living with each other.

There are programs to help the orphaned Vervet Monkeys too so that they won’t die. This can occur if their mother has been trapped or killed. There are efforts in place to make poaching of them illegal in Africa as well. However, there simply isn’t enough manpower to take care of all the activity that occurs there both during the day and at night.