The distribution for the Monkey covers may regions around the world. They tend to live in forest regions where they have lots of trees around them. Some of them live in the savannahs though or in the mountain regions. There are species of Monkeys that only live in trees. Others live in the trees as well as on land.

Monkeys move around their home range a great deal. They travel daily to look for food. They won’t stay in a nest for very long so they don’t create anything elaborate. They use their bodies to help them move rapidly around looking for sources of food. As they do so they spread seeds from plants, flowers, and fruits. This enables their environment and natural habitat to continue rejuvenating.

The evergreen forests are home to a variety of different species of Monkeys. The Mangrove forest regions can also be where they are found. Studies show that the amount of habitat that these animals have has been cut by at least 30% in the past 25 years. That is an alarming rate and means that they really have no where to go.

Golden Lion Tamarin – native to the Atlantic Forest of Brazil

Since Monkeys are very intelligent they are able to continue to adapt to changes in their environment. This is why places where they were once found are now empty. They have had to venture further to find food an shelter in order to survive. The introduction of new species of Monkeys to new locations though can upset the balance of an ecosystem that already exists there so the issues are very complicated to solve.

Another problem is that with many Monkey species the males have to leave when they reach the age of maturity. In some instances the females do as well. This is all part of nature to make sure that inbreeding isn’t taking place regularly in the groups. However, where are those that leave their place of birth going to go? They have too much competition from aggressive groups that won’t accept anyone else coming in. Too often they die due to predation or a lack of food in the regions where they end up.

The Monkey habitat out there has continued to be depleted by large chunks all over the place. Humans have built roads in the center of forests, they have cut them down completely for logging. The need for land to be used for agriculture, building homes, and businesses has also resulted in many locations being completely stripped away. 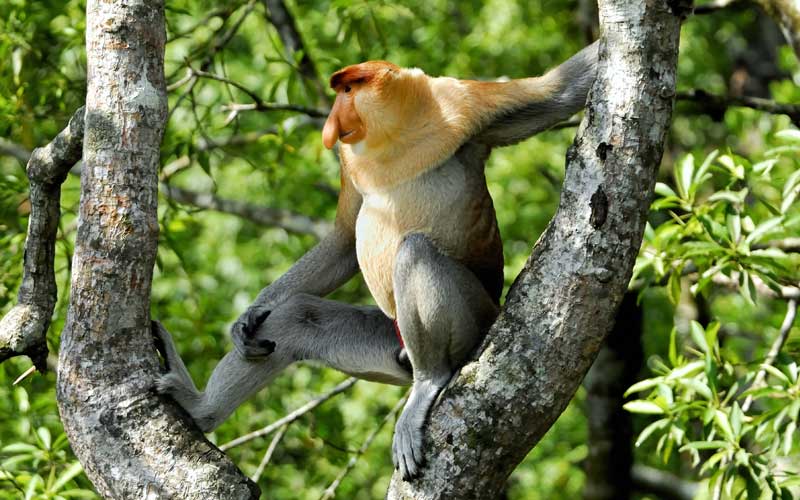 As a result many species of Monkeys are in dire need of conservation efforts. They have been hunted and they are being destroyed by poachers. Sometimes they are stolen and then sold for money. Regardless there needs to be tough laws in place to protect them in their natural habitat. If we don’t get such methods in place then many of the Monkey species out there won’t be able to survive much longer.

Most species of Monkeys do very well in captivity. They are able to thrive there with the right conditions. They need to be around others though so that their need for socialization can be met. They also need to have challenges that will keep them mentally busy. Otherwise they can become aggressive and they can destroy things around them.

Yet the answer to helping the Monkeys to survive isn’t just to put them all in cages at the zoos. There are some refugee locations that have protected lands. The Monkeys can live there and not be harmed. Even so it is hard to get funding for such establishments. The ongoing cost of maintaining the home for the Monkeys is extremely high.