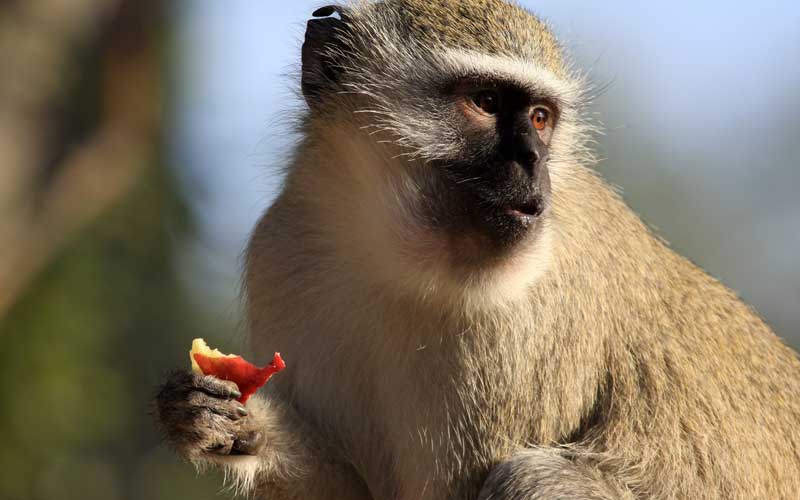 The feeding habits of Monkeys are very interesting. What they will consume depends on the species. However, there are many common elements that they all seem to follow along. Such patterns of behavior are the result of their physical needs, mental abilities, and the habitat that they happen to live in.

For most Monkeys fruit is the primary food that they will consume. There are hundreds of types of fruits found in the forests where they live. These fruits though are seasonal and so they move around their home habitat to find them. They are able to calculate what will be readily available during particular times of the year.

They often spread seeds too from the fruits as they move along. This is part of why the Monkey is so important to the habitat. The spreading of the seeds helps to insure future vegetation will be able to grow. Plants and leaves are all over their locations too. They will eat them when they can’t find fruit. 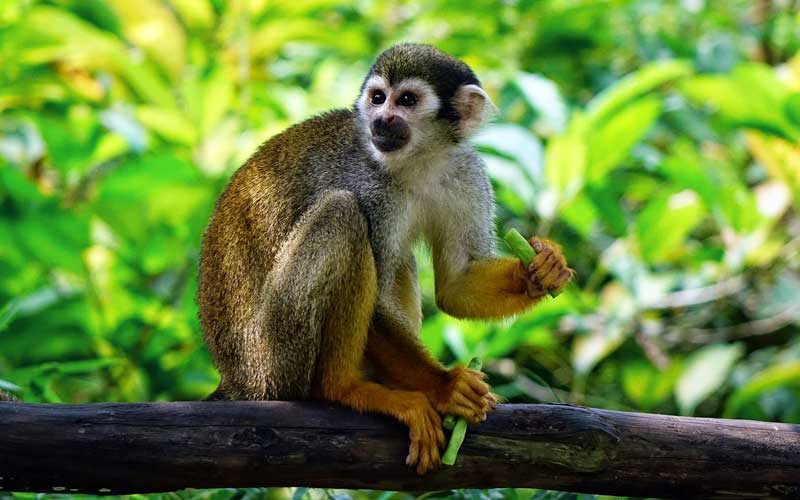 Twigs and dry bark may be part of the diet as well. Most Monkey species though wait until the dry season when their other sources of food have disappeared. Then they will eat what they have to in order to survive. Many trees have sap and that too will be something for them to consume. As they venture out they may find flowers that they would like to consume too.

Bugs and insects can be part of the diet for the Monkey. With some species there are certain times when that is all they will feed on for several months at a time. Feeding is a very important aspect of the social life for Monkeys too. When food is plentiful they are usually timid and get along well within their groups. A lack of food though can create high levels of stress.

Sometimes the groups that are large will have to break down into smaller ones. That will allow them to venture out and to find food so that they can survive. Some of the Monkeys will get on the ground and eat dirt if there is absolutely no food for them to consume. Mating will come to a halt as well when there isn’t adequate food supplies.

The mothers need to have enough food so that their bodies can produce milk for the young. The amount of time they will feed this way depends on the species. With some it is a few weeks and with others it is more than a year. As with human children small amounts of solid food will be introduced along the way until they are completely weaned. 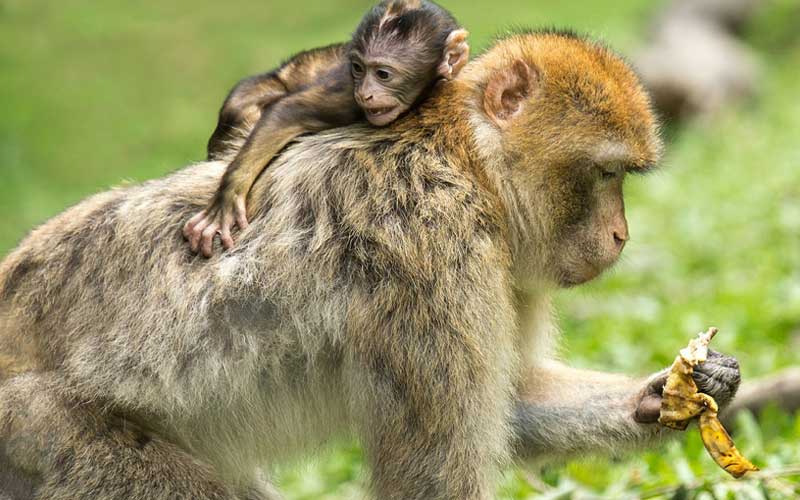 Some species of Monkeys are able to use tools such as sticks and rocks to help them with feeding. They crush the shells on seafood and some vertebrates. They can use sticks to help them get to sources of food such as ants or termites that are inside of trees.

Many people wonder if Monkeys need to drink water. They consume it mainly from what they eat. The fruits and the leaves that they eat in their natural environment contain lots of water. However, some species have been know to go drink water from rivers and streams.

They don’t drink it like most animals do though. Instead of using their tongue to lap it up they use their had and make a cup. They may use large leaves too and fold them to create a cup that they can drink out of. They are certainly very creative in the wild when it comes to getting their nutritional needs met.