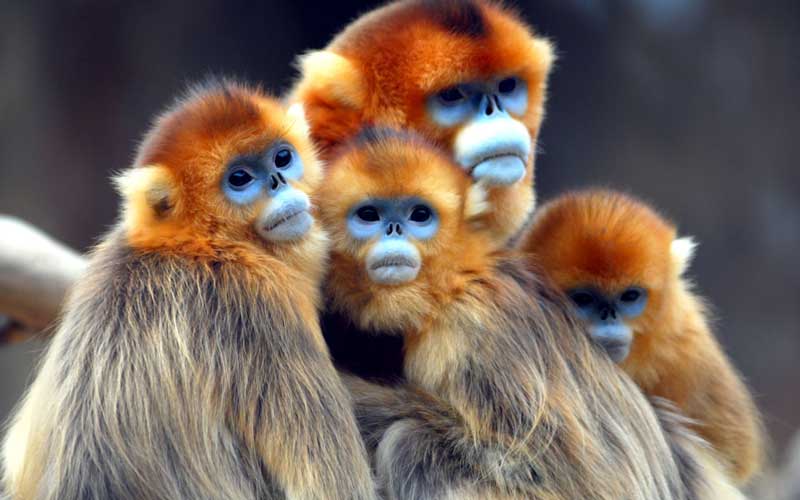 Any time the subject of Monkey Evolution comes into the picture we have the debate over Darwin’s Theory. Are we so closely related to primates that we branched off from them? There is certainly plenty of DNA evidence to show that we are very closely related genetically to Apes as well as to the various Monkey species. How long Monkeys have been on Earth is unknown but it is definitely millions of years.

Monkey evolution could have been the result of changes to the environment. Perhaps they were once all very large like the apes. However, they needed to be able to eat foods that were higher up in the trees. Over time they got smaller and then many of them were able to only live in the trees. There they could find food, shelter, and safety from predators.

There are Monkeys that have some very unique characteristics about them. It is believed this is a further impression of evolution. They were able to continue adapting and changing with their environment for ultimate survival. The fact the Monkeys are extremely intelligent is part of that changing process.

It is believed that they have the ability to problem solve. Therefore, they were able to realize when a given environment wasn’t able to meet their demands. Instead of allowing themselves to die out they made changes. They moved to new locations and consumed different foods.

Some species of Monkeys even learned how to swim. This allowed them to cross bodies of water in order to find food. The water also served as a means for them to swiftly get away from potential predators at times.

Observing Monkeys with their young is a fascinating experience. We get to see how similar many of their ways with the young are compared to those of humans. They bond with their young and keep them very close. They nurture them and care for them. Monkeys are primates with many emotions too. They are able to show grief, anger, happiness, and more. That could all be part of the evolution process that all primates have gone through.

It can be interesting to examine the many theories out there about Monkey evolution. Some people have very interesting ideas that are unique. Others are quite similar in the major framework but then they vary on small details. It can be fun to come up with you own version of Monkey evolution as well.

There is still so much that really just don’t know about when it comes to the evolution of Monkeys. Piecing together the fragments of information we have and trying to create the right tools for finding out answers is had. The clues may be there but are we asking the right set of questions to go with them?

Technology continues to help us advance in many ways. This may be what it takes to help us bridge the gap between what we do know about Monkey evolution and what we only have theories about. The finding of new fossils and other evidence would certainly help us to make sense of all of it as well. Until then the age old debate about the evolution of all primates is going to continue.