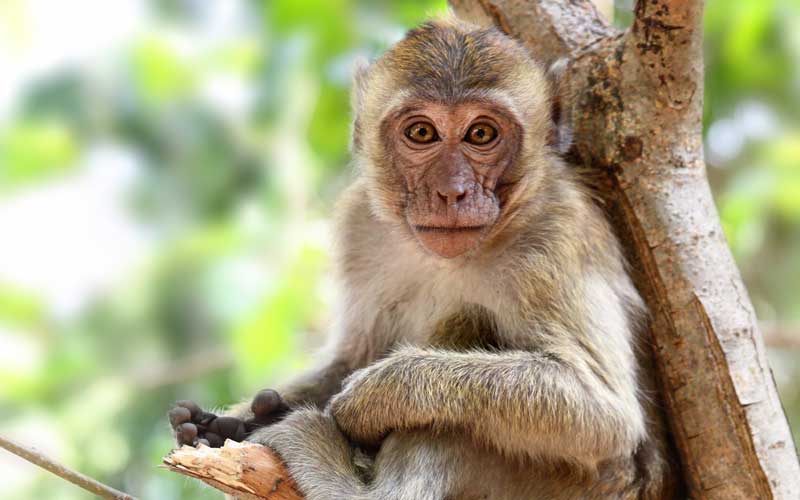 The Anatomy of a Monkey is very interesting. They have bodies that are designed to give them both strength and agility. They are flexible and they are fast. This allows them to get away from predators and to thrive in their natural environment. In many ways the body of a Monkey is very similar to that of humans. All Monkeys have fingerprints and just like humans they are unique.

They have long legs and arms that are flexible so that they can climb with them. Monkeys don’t swing through the trees though like many people believe. Only Apes are able to do that due to the away in which their shoulders are formatted. They also have opposable thumbs that they use in the same way that humans do. However, they have these thumbs on both their hands and their feet which humans don’t have.

They can peel fruits, they can pick up objects, and they use the thumbs for grooming. Some of the young have even been seen sucking on their thumbs just like human babies do. It is times like that which we can see our own reflections in the habits and the anatomy of these animals.

Monkeys have good vision with eyes that face forward. They are often said to be very similar to looking into human eyes. That is why so many people feel uncomfortable seeing these animals in captivity. Some species of Monkeys can see color but most of them only see black and white.

They have noses that are flat but the nostrils may be narrow or wide. It depends on the specific species. They are able to use their nose to smell well so that they can identify each other. This good sense of smell also allows them to identify threats that may be around them.

The ears of a Monkey offer them excellent hearing. Based on the type of Monkey they can be very small or they can be very large. They are at the side of the face and they can’t move them without turning their entire head.

All Monkeys have tails and that is part of what makes them different from humans and Apes. These tails are used for balance which is why they are so long. They also use their tails to allow them to leap vertically and to hang upside down from branches. They also may be able to pick up objects with their tail but it depends on the species.

All Monkeys are covered with hair. However, they don’t have hair on their face or their hands. They have a Trachea like humans that helps them with their vocalization. It also helps to carry their air supply to the lungs.

The brain of a Monkey is very highly developed. In fact, it is more developed than the Ape. They have a dental structure for their teeth that is very similar to that of humans as well. 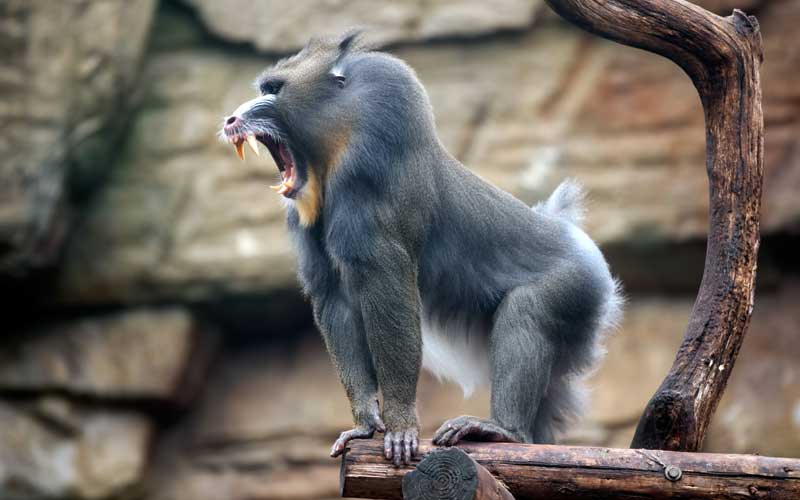 The overall DNA of a Monkey is very similar to that of humans as well. It is such studies that have shown us that we are indeed very closely related to these animals. They don’t seem to have a strong immune system though. In the wild and in captivity Monkeys are very susceptible to a wide variety of illnesses. This can wipe out complete areas of them in no time at all.

As a result their anatomy has been studied to try to find out what triggers these problems. The goal is to identify problem areas and to try to reduce the presence of them in the wild. In captivity it is very important for this to take place so that their new environment is safe.