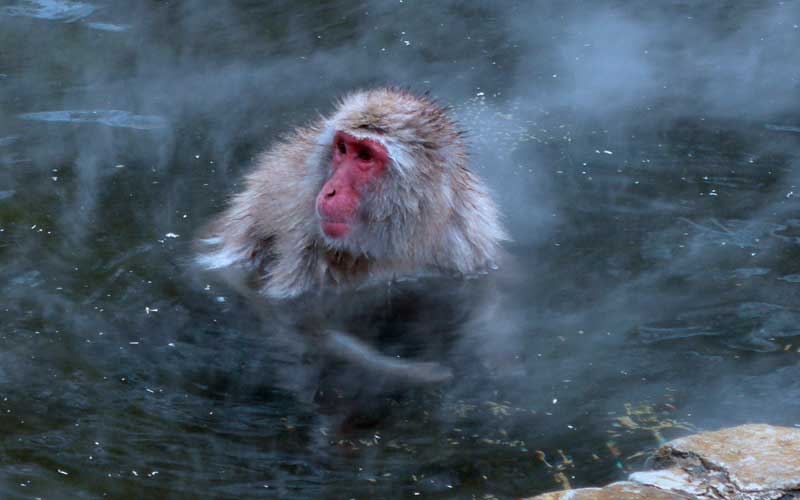 The Japanese Macaque is also called the Snow Monkey. It belongs to the Old World species. Two subspecies have been identified. They have a vital role in the early Buddhist religion. This continues today throughout the works of this particular religion.

They feature brown and gray fur. The face is red and their tail is shorter than most other species of Monkey. The males are usually about twice the size of the females which helps them to be attractive for mating. The face is hairless and looks very similar to that of an elderly adult. They have large eyes and big ears. They have very long fingers with sharp nails at the end of them.

These Monkeys are native to Japan. However, there are some living in Laredo Texas that were discovered in 1962. These Monkeys live far North and they are the most popular primate in all of Japan. They spend most of their time in the forest. They are found in the sub forest and sub alpine locations. They do tend to enjoy the evergreen forests.

They are able to live in very cold temperatures which is unusual. They can survive in temperatures as low as 5 degrees Fahrenheit in the mountain regions. They also can be found in hot spring areas where the temperatures are warm. They have a very diverse ability for various locations. 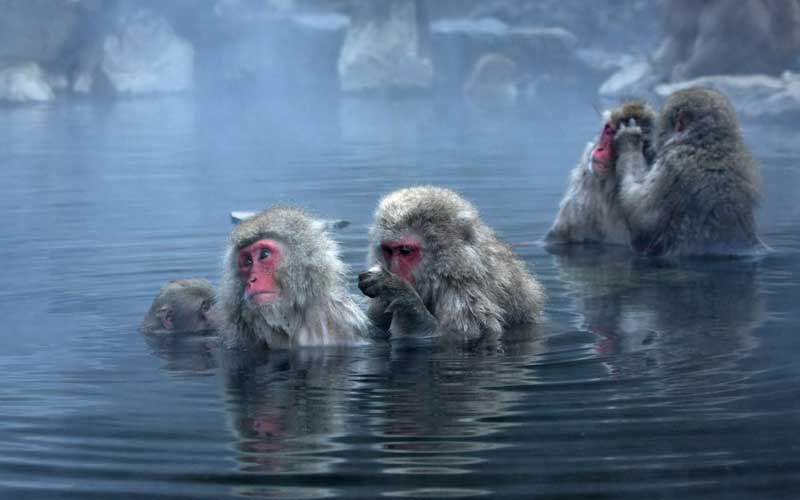 The Japanese Macaque live in very large groups. They have a complicated hierarchy with many more females than males. There are smaller sub groups within the larger one to help with organization. However, the males often move around and are loosely parts of many different sub groups. The young inherit the mother’s social status on the ladder.

They are known to bathe with each other as part of their socialization. They also have even been observed rolling up snow into balls! They do use plenty of vocalizations for communication. It is believed that the various groups create their own lingo too which can be varied from other groups of the same Monkeys in other areas.

There are plenty of great food sources for the Japanese Macaque. This includes fruits, leaves, twigs, and plants. They will consume small insects that they find during the grooming process. They may consume fungi that grows on the bark of the trees. They also consume fish on occasion.

Other than humans they are the only other animal known to wash their food before they eat it! Therefore they have to live in locations that offer them quick access to their food supplies. 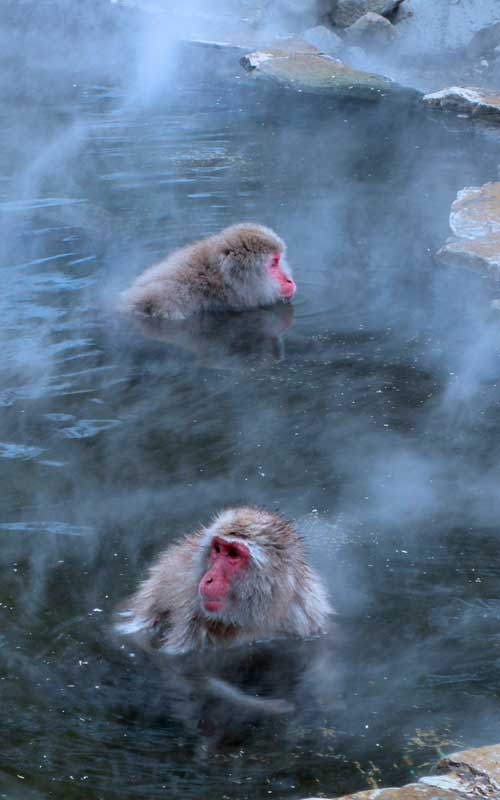 It is common for the females to be with several different males during the mating season. This may be a part of the natural way for them to be able to increase the chances of successful conception. They are known to mate all year long though even when they aren’t in estrus.

It takes approximately 173 days from mating for the young to be born. They are wonderful caregivers and dote on the young from the moment they are born. The group may have various roles to care for the young. It doesn’t just fall on the shoulders of the mothers to help them to get their needs met.

Due to the remote locations where the Japanese Macaque lives they don’t seem to be threatened much by predators in the wild. Humans can pose a threat though as they are considered to be exotic creatures. There are hunters that come to this area for the purpose of trying to kill them. The people of Japan though strive hard to help protect them. Their exact numbers aren’t known but of all Monkeys they seem to be among the least with problems of a future existence.