The Howler Monkey is a large type of New World Monkey. There name comes from the fact that they are louder than any other types of Monkeys. They often call as the sun comes up and as it is going down. They also howl to warn of dangers. They are believed to be the loudest of all land animals.

The have a very long tail that grows to the same size as their body. They have a tail that they can use to pick up items with. They have the ability to see in all colors just like humans do. It is believed that there is a genetic difference here that accounts for such an ability. They are large in size and they have a body that moves very slowly. They don’t have the swiftness and agility that most Monkeys are well known for.

The rainforests of South and Central Americas are where these Monkeys are found to live. They tend to stick to the higher canopy areas up there. This offers them plenty to be able to eat and places for them hide from predators. 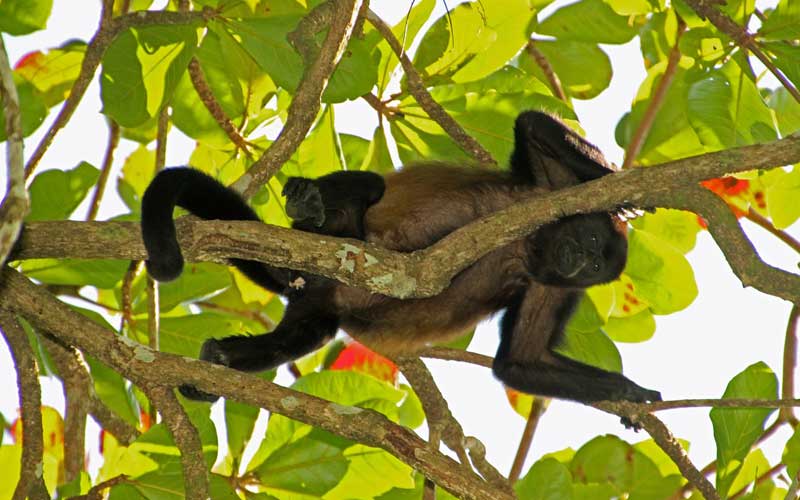 The Howler Monkey is able to make a call loud enough that it can be heard for a distance of up to 10 miles at times. They are able to move along the branches with both their arms and their legs as a resource. It may appear that they are crawling. They will grasp braches and then scoot forward with it. They can hang upside down as their tails are strong enough to support them.

These Monkeys live in groups of approximately 10 to 15. They are socially active and use a variety of sounds to communicate with each other. There are from 1 to 3 males per group and the rest are the females and the young. The hierarchy is complex and helps to keep order among them.

The young have to leave the groups when they are mature. This is both the males and the females which is very different than the process with most other Monkey species. The bonds are very deep with these animals and they very seldom fight among each other.

Fruits, nuts, leaves, and plants are the main sources of food for the Howler Monkey. Sometimes they consume plants that have toxins in them. As a result the entire group may become very ill or die. They sometimes consume eggs and even chickens if they get into the coops of the villagers.
Reproduction

There is no set mating season for the Howler Monkey. As long as they have a place to nest and plenty of food they will take part in it. The males typically will initiate the mating process. There is a waiting period of approximately 180 days from conception to birth. 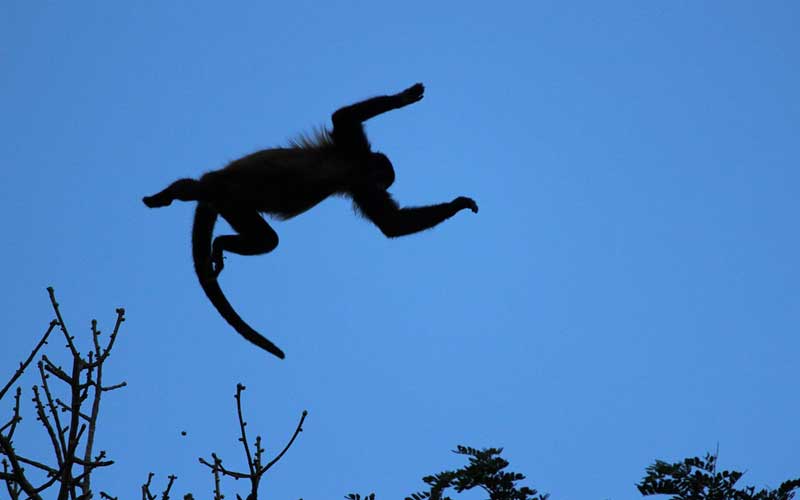 There is usually only one born at a time. They are well cared for by the mothers. They also grow very quickly. When they are about a year old they will have to leave the group. During the first year of life the mothers strive to make sure all their needs are met. They also work to ensure they will have adequate skills for when they go out on their own.

The average lifespan of the Howler Monkey in the wild is 10 years. In captivity they can live up to 20 years.

The destruction of the natural habitat for the Howler Monkey is a huge factor that affects their survival. They are often sold as elaborate pets for thousands of dollars. These animals though don’t do well in captivity. While they do have a gentle nature they tend to stop eating. They also don’t live long if they are isolated from others.