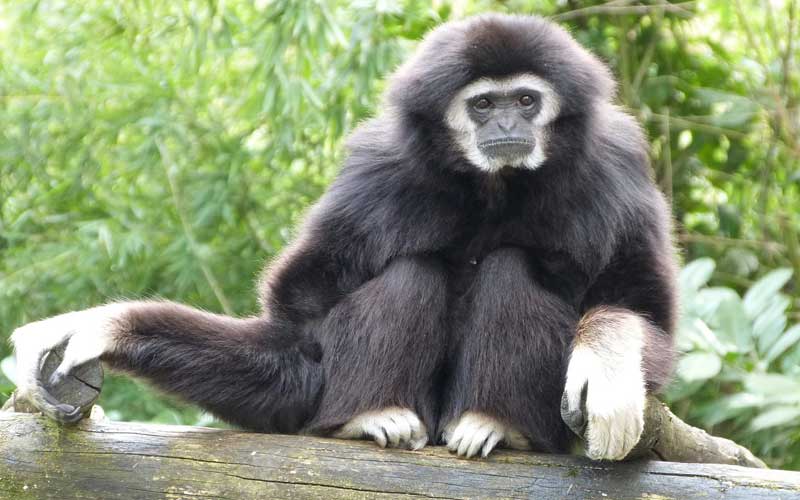 A Gibbon is often described as a Monkey but most classify them as Apes. The controversy often continues and so you will find information out there about them in both categories. You may hear them called the Lesser Apes at times too. They are smaller than Apes and they don’t have the size differences.

The Gibbon is medium in size and they are the fastest of all mammals that live in trees. They have a body that is designed for speed and movement. They can be various shades of brown from light to dark. They can also have body parts that are white or black. They have wrist with a ball and socket joint. This allows for the entire hand to completely rotate!

They have a skull that is very similar in structure to that of the Old World animals. They don’t have cheek pouches though like Apes do. They also have teeth that are downward in shape. The molars are sharp which can help them for fighting off predators and for food. Some species have two fingers on each hand that are stuck together.

Northeast India, Indonesia, and Southern China are home to the Gibbon. They live in both the tropical and sub tropical regions. They tend to enjoy the warmer climates where they can find plenty of food and shelter. They are arboreal which means that they only live in the trees. 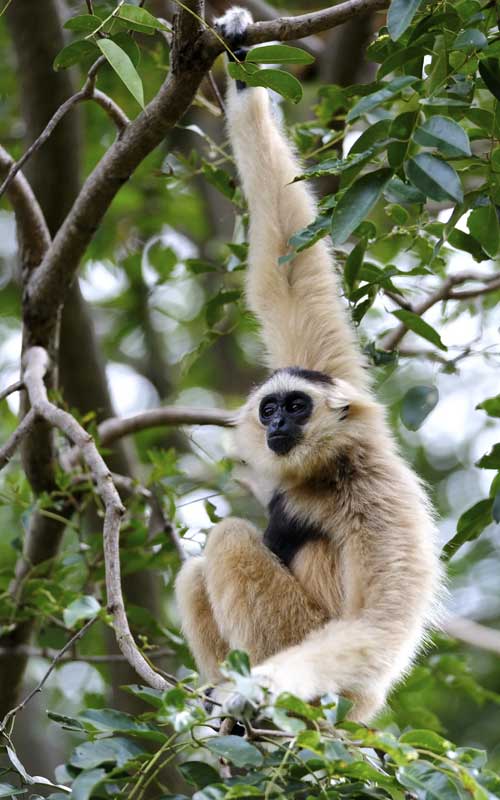 The Gibbon is one animal that doesn’t make a nest. This is very unusual for Monkeys or Apes. They also pair off like humans do and will often stay with one partner until they die. One of the reasons why the Gibbon is said to be an Ape is that they are able to use their arms to swing from tree to tree. That isn’t a characteristic of Monkeys.

They are very aggressive when it comes to defending their territory and their groups. They can be very vocal and heard for long distances. Fights can occur between pairs but usually it is between the males. Groups often sing songs and that can be a problem that leads poachers to finding them.

The Gibbon consumes a variety of different types of foods. Fruit is one that they enjoy and they will move around often to find it. They follow a pattern in their home range so that they are able to take advantage of what fruits grow in a given location at any particular time. Approximately 60% of their diet is fruit. They will find lots of figs, twigs, leaves, insects, and flowers. Sometimes they will eat bird eggs that they find in nests of the trees. 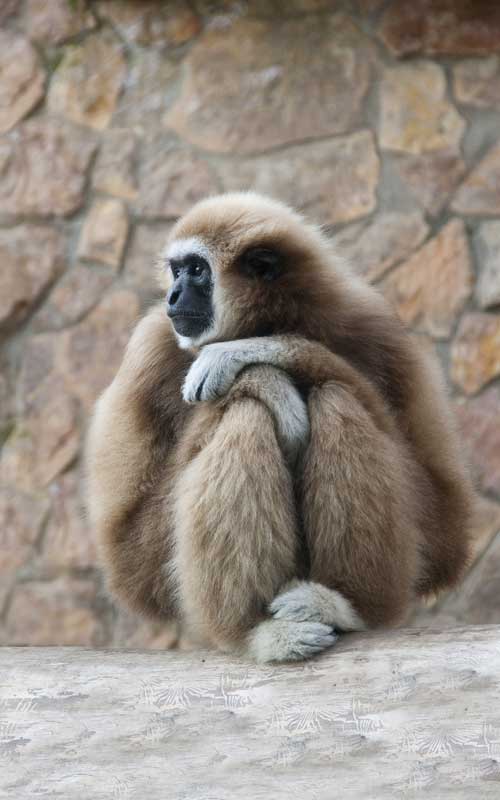 The Gibbon doesn’t reach maturity until they are from 7 to 8 years of age. They can breed any time of the year. The gestation period ranges from 190 to 214 days. There is usually only one born at a time but some reports of twins have been reported. They are well cared for by their group and often are treated just like human babies. Many home territories overlap in the wild for the Gibbon. They are known to mate with other species both in the wild and in captivity.

Poaching is a serious problem fro the Gibbon. They are often used for food or sold as exotic pets. Their habitat is also been removed so they have to move to new areas. This can sometimes result in them being struck by vehicles that travel through the forest areas. The Gibbon is considered to be endangered at this point in time. Significant efforts are in place to help them recover.