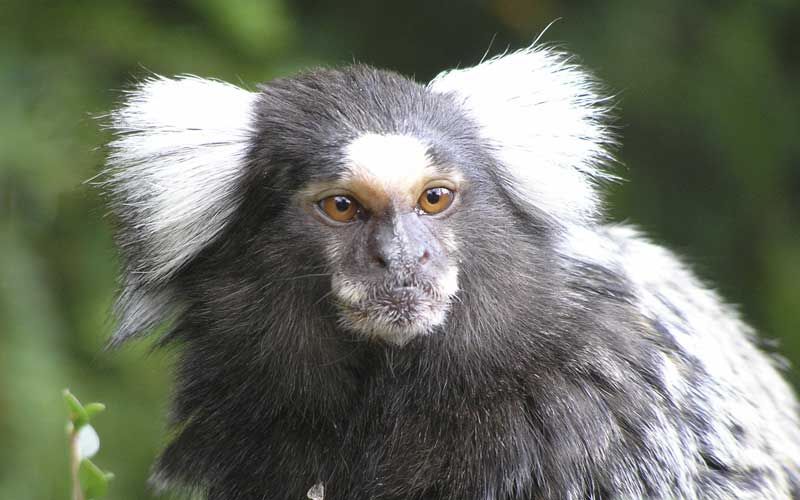 The Common Marmoset is a very different type of Monkey. It is often called the Cotton Eared Marmoset.

The unique physical appearance of this Monkey is very different. They have a gray body and as they get older they develop white tuffs that extend from the sides of the face. They have a tail that is very long and is gray and white striped. They can be up to 1 pound in size for the males and even less for the females. The males and females often look very similar to each other. This isn’t common for most species of Monkeys.

The Northeastern coast of Brazil is where you will find the Common Marmoset. Today they are also found in the Southern part of Brazil. They are opportunistic and they will move into new territories when they have a chance to do so. This may account for why they have been able to survive with their environment changes. Yet that could also be affecting other types of Monkeys negatively.

They may be found along the edges of forests or all the way into it. They are able to jump long distances and move quickly. In some cities such as Rio de Janeiro and Buenos Aires they have also been found. 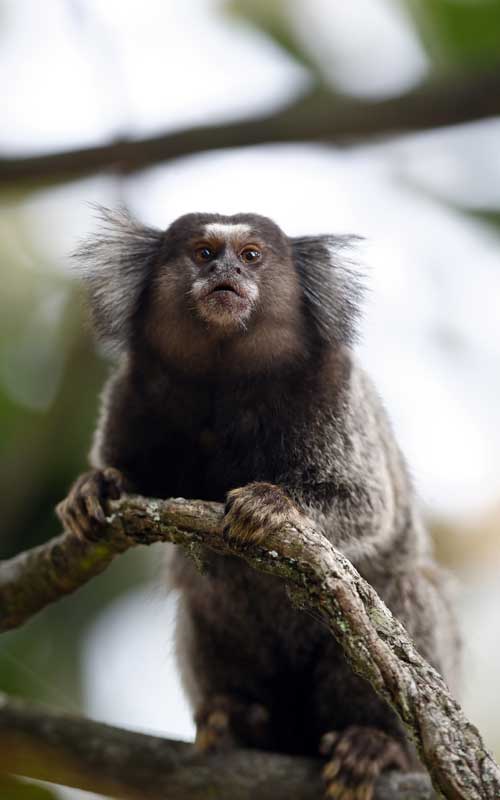 The Common Marmoset are social and create groups that can be very large. There is plenty of social structure in place that keeps them all in line. They may have only one mate or they can have harems where males have several females in a sub family.

These Monkeys are very susceptible to a variety of different diseases in the wild. These problems can quickly spread through an entire group and cause them all to die. There are high numbers of them known to contract Hepatitis as well as fungal disease problems.

Spiders, tree sap, bird eggs, and small vertebrates make up the diet of the Common Marmoset. They will eat well on what they can find and may be picky when food is plentiful. What is very interesting is that they are the only primates other than humans that may suffer from the eating disorder known as Anorexia. 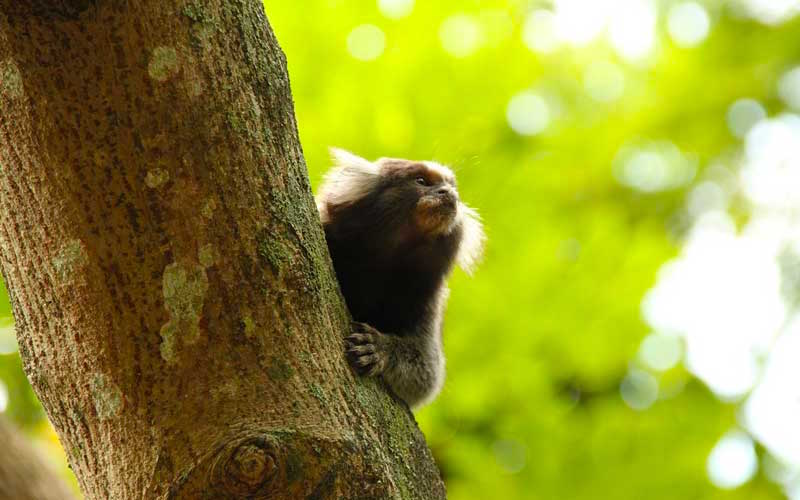 Mating can take place any time of the year for the Common Marmoset. However, it will typically occur when there is plenty of food. Once mating has taken place then it will be about 150 days before the young are born. Twins are extremely common but there are times when 3 or 4 are born at once.

The entire group helps to care for the young. This includes the males and that helps to reduce anxiety among the group. It also helps to reduce the mortality rate. The average life span in the wild is 12 years and 16 in captivity.

There is no threat to the future for the Common Marmoset at this time. However, there are conservation efforts in place to help secure their natural habitat. Studies show that humans destroying their habitat is a huge factor for many other species of Monkeys. The idea is to make sure that doesn’t happen to this one as well. Forest fires that are set to help regenerate agricultural growth also continue to their habitat being destroyed.

They are often sold as pets for a very nice fee even though it is illegal. They usually sell for about $2,000 each. Therefore people do go into the natural habitat and remove them for the intent of selling them to make money. They are also sold for biomedical research due to how similar they are to humans.