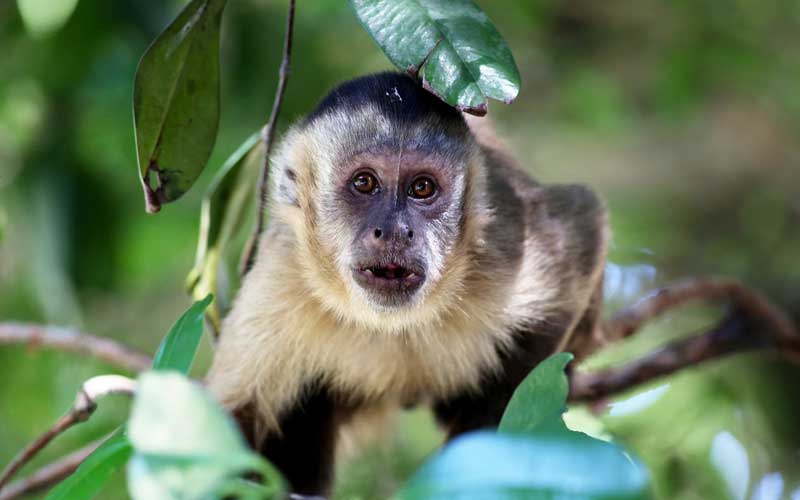 The Capuchin Monkey belongs to the New World Organization. They only live in the trees and they only are active during the day. Night time is for hiding well from predators while they are able to get plenty of rest. They are considered to be the most intelligent of New World Monkeys. As a result they are often used in lab experiments.

They have arms, legs, and a tail that are dark in color. The rest of the body is white or cream. They have a black cap of fur on top of the head. They can be 22 inches long for the body and the tail can be that long too. They only weigh about 2 pounds when they are fully grown.

They are found in the Northern parts of Argentina. They are also scattered around North America and South America. They are able to live in a variety of different habitats. Some of them live very high in the trees and others are in a lower region. They live in the rain forests as well as some dry areas. 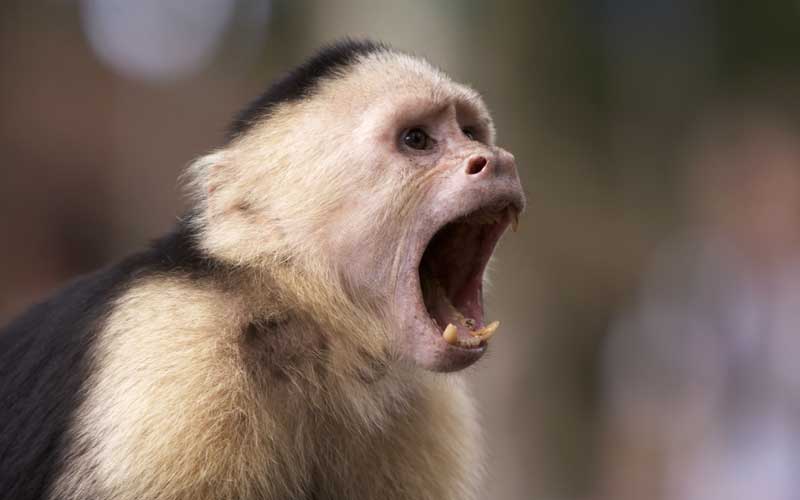 The Capuchin Monkey is sometimes deemed as being lazy as it will take naps during the day. The socialize in small groups and they are very prominent with vocalizing. They are aggressive when it comes to their territory. They heavily mark it with their urine to keep others away.

The males are dominant in the Capuchin Monkey groups. They may fight among themselves for the role of leader and for mating. It is common for groups to have new leaders often due to the fighting among the males.

Those that live close to water may consume crabs. They can use rocks as tools to crack the shells. This shows that they are very intelligent and that they have the ability to problem solve. 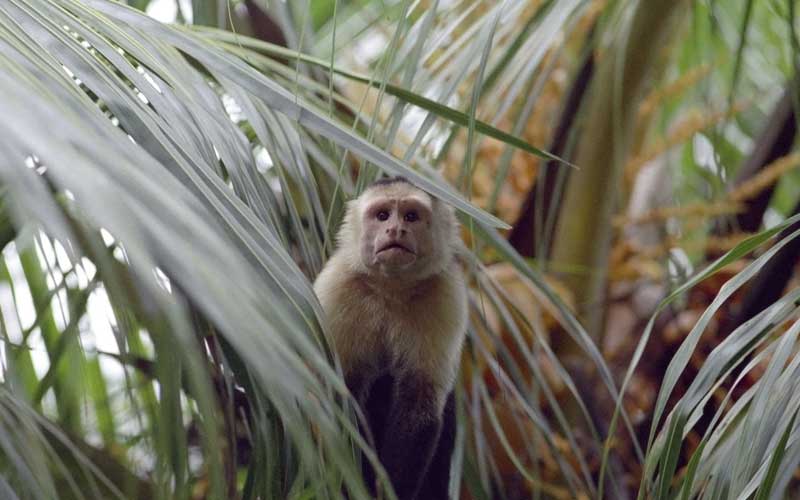 Capuchin monkey in their natural habitat.

There is no set mating season for the Capuchin Monkey. As long as there is enough food they will take part in such activities. The dominant male of the group is the only one that will be able to mate with the mature females. There is usually only one young born at a time.

The young will be well cared for by their mothers. They will be able to care for themselves in a few years. The females usually will stay in the group but the males will venture out to find other groups to lead or to start one of their own.

The average lifespan of the Capuchin Monkey in the wild is 25 years. However, in captivity they have been able to live up to 45 years.

Destruction of the natural habitat is a problem for the Capuchin Monkey. However, it is believed that they aren’t in critical danger at this point in time. They are more isolated than other Monkeys so they seem to be doing well in that location. There isn’t information on the exact number of them that are in the wild today.

The fact that they are versatile though and so intelligent means that they have ways to be able find new ways of thriving in a habitat that may be changing. However, many experts feel that we do need to work on protecting their environment. That will prevent their numbers to ever getting as low as those of many other Monkey species.